MAGAZINE: THE LATEST TRENDS CHANGING WORKSPACES | Home is not always the best place
< Previous | Next >

"Home sweet home": When the U.S. American John Howard Payne wrote these lines for a song in 1823, he probably could not have dreamed of the development that his own home would undergo. The current concept of home now extends to the home of one's dreams. The apartment should be a place to sleep, work, live and spend leisure time at the same time - the keyword here is „Working from Home“ (WFH). The fact that the 45 square meters used on average per capita in Germany are supposed to achieve this is a daring demand even at first glance. WFH in its current form cannot be an adequate alternative to the office, as an ISG survey of 1,000 employees confirmed.

WFH: For many, it was a promising magic word at the beginning of the Corona pandemic. Whether as a safe place against contagion, the place of better compatibility between family and work, or as an inexpensive alternative to costly office space. At the latest when the Federal Ministry of Labor started thinking about legal claims to mobile work, the office was just one option among many workplaces. More than a year since the pandemic outbreak, however, the praise has given way to sober reflection. In a survey we conducted of 1,000 office workers in Germany, respondents cited an ideal average of 3.2 days of office work per week. In addition, the vast majority of 60 percent rejected the possibility of working permanently from home. With their vote, the employees remarkably opposed their superiors, who were surveyed at the same time: They expected an average of only 2.7 days of personal presence in the office in the future.

Our survey results have been confirmed by subsequent surveys. Most recently, 48 percent in a Fellows study of 1,000 office workers in Germany stated that they suffer from increased headaches and back pain as a result of working at home. Consequently, in many cases the room for WFH is no more than a space that was previously used sporadically but is now used regularly and has not been adequately redesigned to meet the new demands. Since one's own home is not covered by the Workplace Ordinance, there has not yet been any need for action on the employer's part with regard to ergonomic furniture, technical improvements or even soundproofing measures. 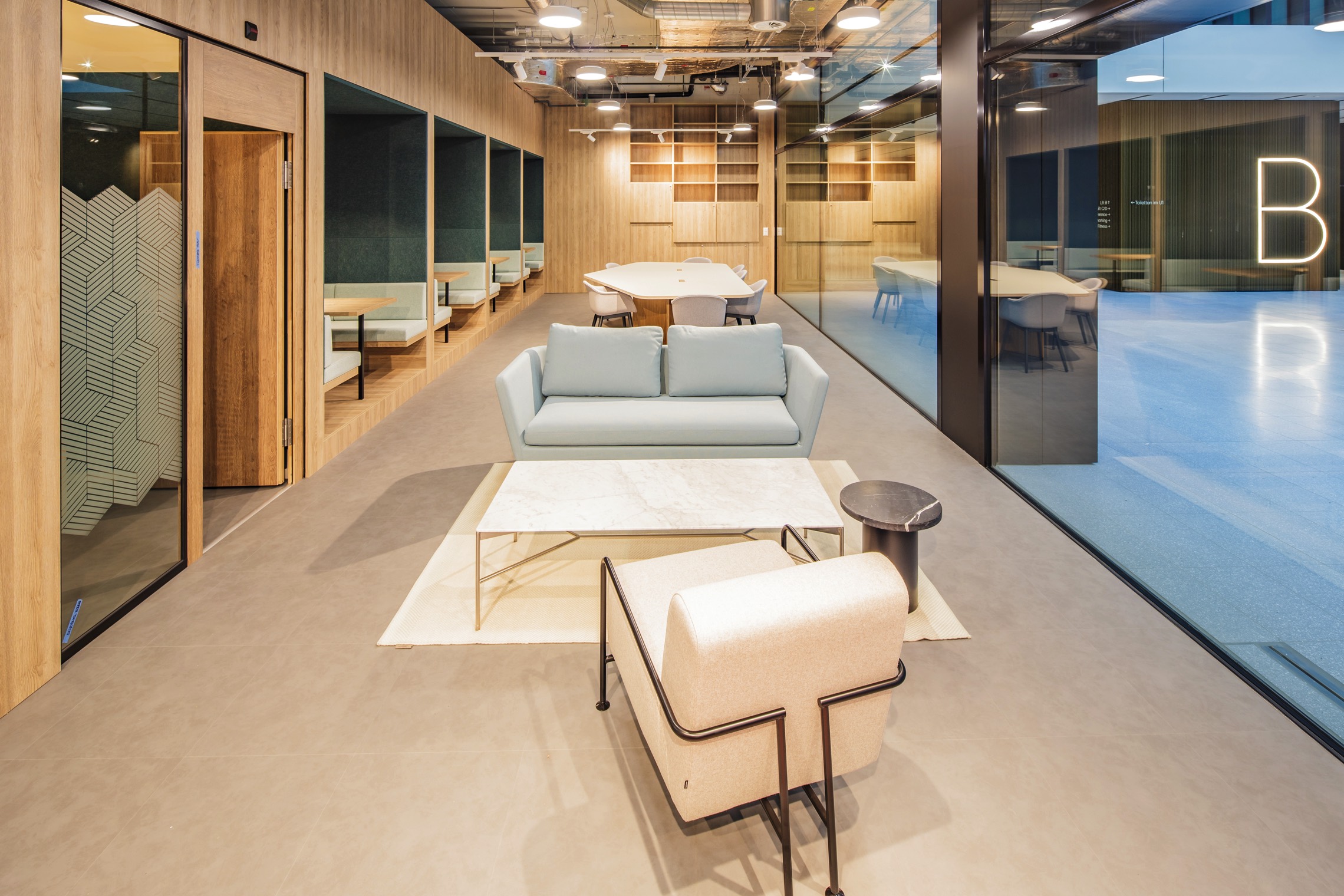 Employers are gradually rethinking and moving away from reveries of only superficial cost efficiency: among 1,200 companies surveyed by the German Institute of Economics (IW), only 6.4 percent want to downsize their office space. Only one-third of executives plan to expand WFH options. Announcements to the contrary by well-known companies should not cause irritation here. Nestlé, for example, recently announced that its new corporate location in Frankfurt would comprise only 700 workstations instead of 1,000. Companies such as Peugeot and Siemens have already announced that at least two days of WFH will be part of the new standard. Nevertheless, these are the companies that have already been among the main users of co-working spaces and flexible office space for several years. In this respect, the same applies here: The office is alive, it's just shifting.

So is everything staying the same? No, because the coexistence of office and WFH is now established. The ability to work from home for at least part of the week will no longer be in dispute. However, both places of work need to upgrade in terms of equipment. Competition, as we all know, stimulates business and makes for better products. For the home, employers will need to provide furniture and technology to meet their duty of care to employees outside the office. The office, on the other hand, must no longer convey a lack of inspiration and dreariness under any circumstances. Our survey clearly showed that the more appealing the office space, the more productive employees are. A good supply of fresh air and functioning IT equipment are among the minimum requirements here. We are convinced that the office must increasingly become a place of experience in order to compete with the home. This means not only sufficient space for teamwork and informal exchange, but also a design that fosters community. Offices of the future therefore increasingly reflect the culture and values for which the respective company stands. The office is then no longer just a workplace, but a place for a tangible community. 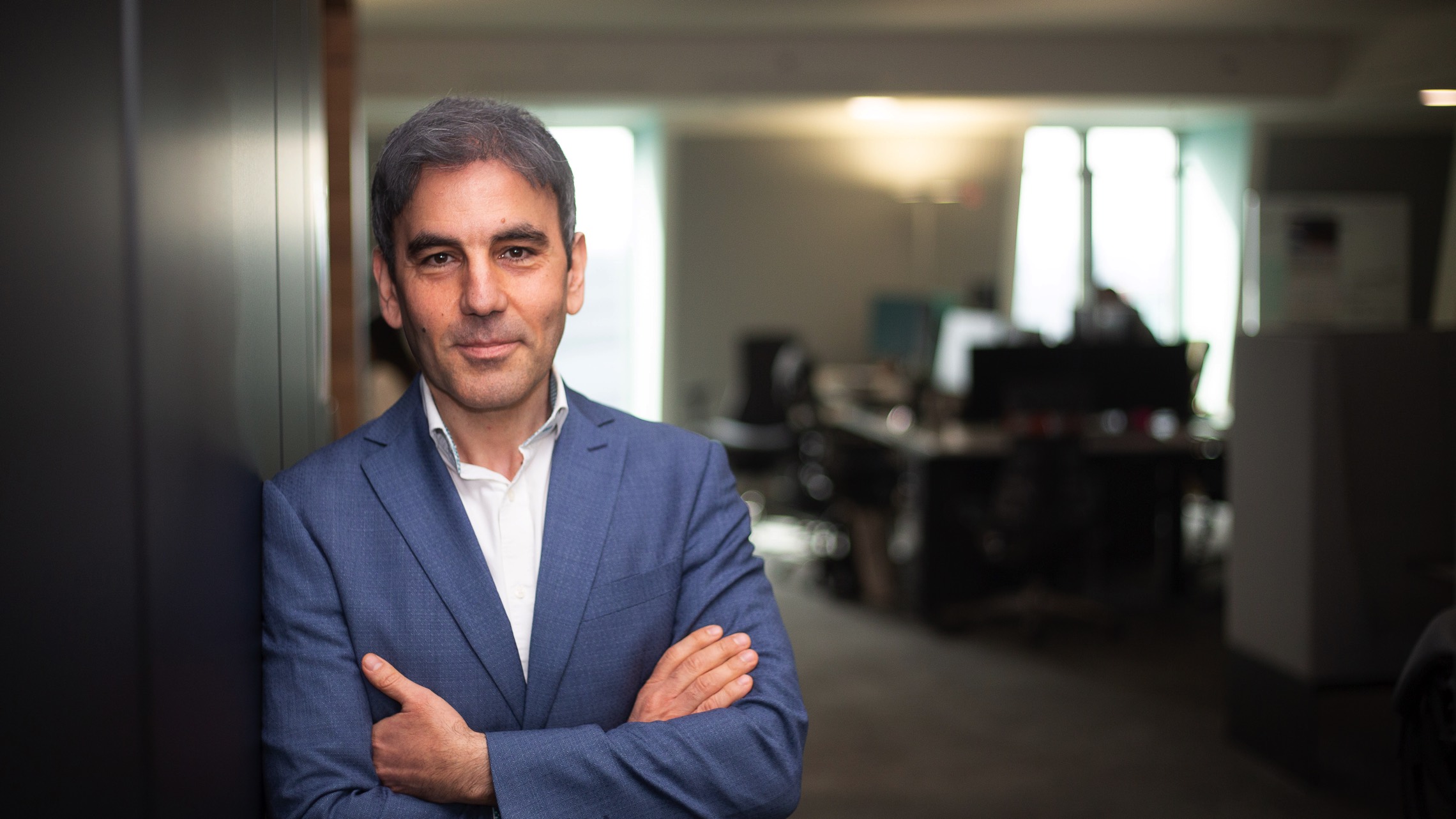 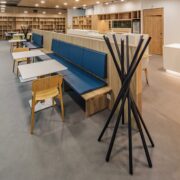 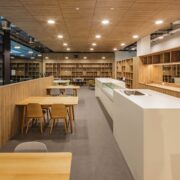 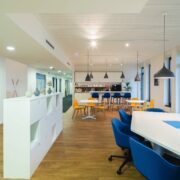 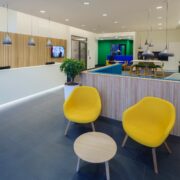 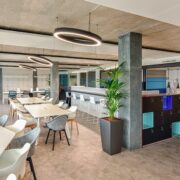 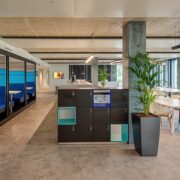 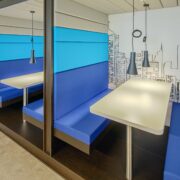 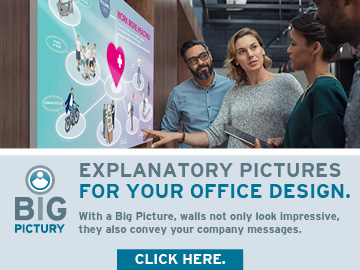