From the former media building to a working environment with an industrial character.

Before the Berlin-based online mail-order company´s locations were redesigned, a corporate architecture was developed in 2012, which was then used as an architectural and creative model across locations.

In 2013, the company chose as a new location the former home of the East German news agency ADN. The building complex near Alexanderplatz consists of one ten-story building and one three-story low-rise building.
The building was completely renovated for the redesign and the existing room layout with its traditional structure of individual offices and hallways was broken up. The result was open-space offices and common areas combined with communication zones. The lavish lounge on the top floor serves as a break room and an event location. With its complete glazing, it offers an impressive 360-degree view of the city and of the SoHo House opposite.

The office spaces, some of which have up to 2,000m 2 of floor space, are zoned by the marketplace with glass boxes positioned as rooms within rooms for informal meetings as well as established break and lounge areas. As part of the Zalando model, colored cushions as well as carpeting, seating, and lighting serve as highlights in an otherwise modest office space. The former media building was stylistically reconfigured into a working environment with an industrial
character by clearing the building structure and creating an open view of the technical fittings Workstations with workbenches specially developed for Zalando complement the impression of a raw industrial building. 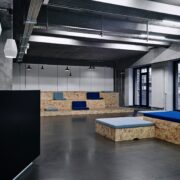 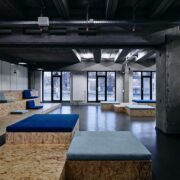 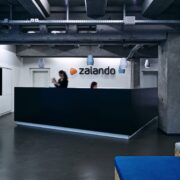 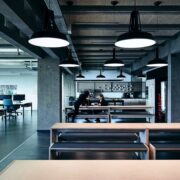 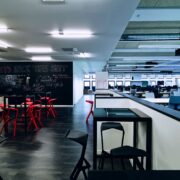 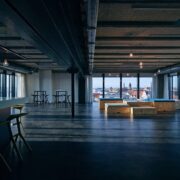 A room inside a room 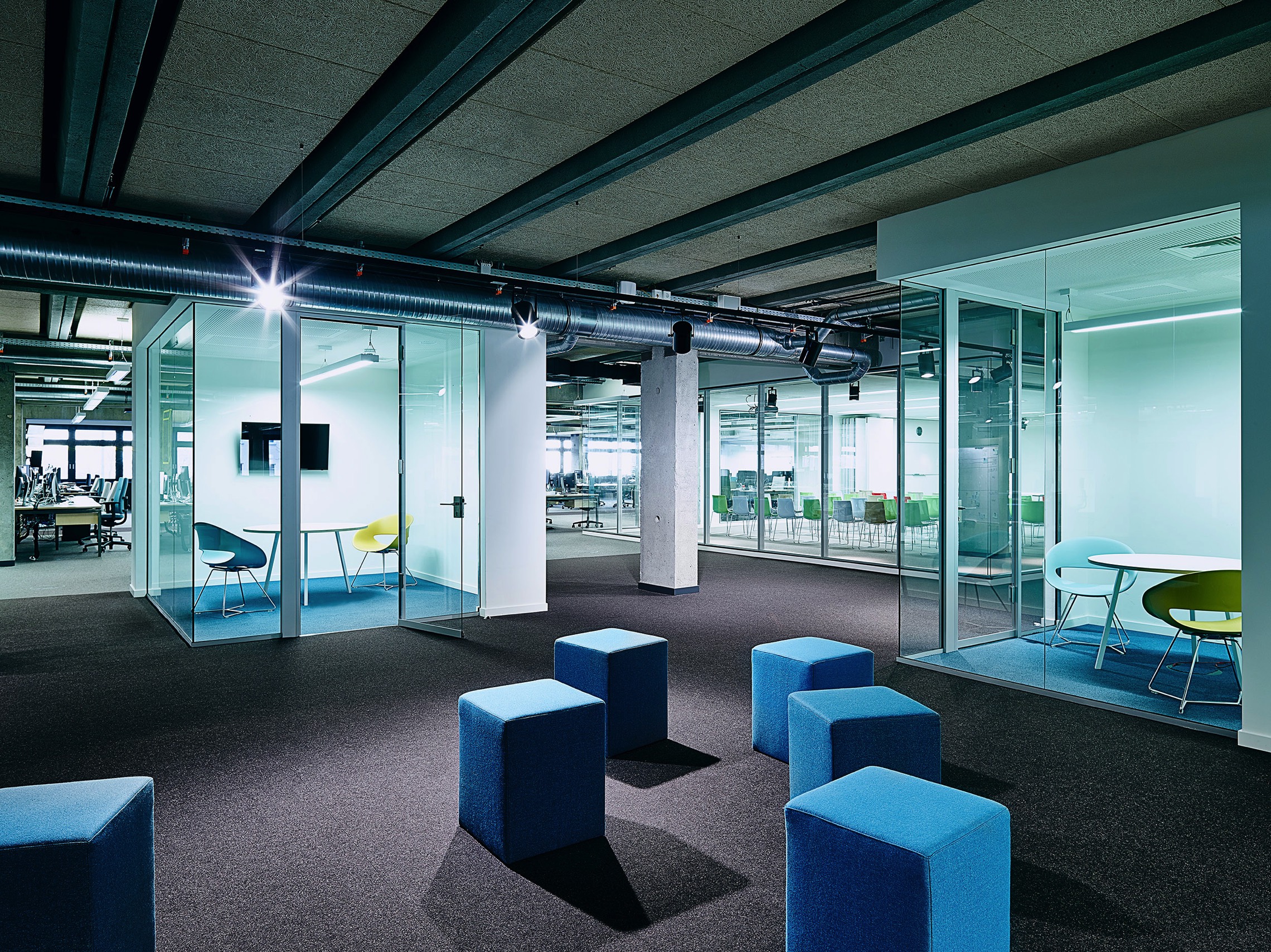 The zoned "room in the room glass boxes" provide privacy during meetings or breaks on the sometimes up to 2,000 square feet big office spaces.
Further Offices by this Expert
Agile working at the new Carlsen publishing campus
Germany