Ms Wackernagel, how do companies profit from analyzing and restructuring their work environments?

Stephanie Wackernagel: Businesses that change how work is organized attain their goals faster. All the concepts relating to new worlds of work and new workspaces can only develop their potential if businesses also reflect on and optimize work organization. Companies that restructure their offices tend to think about how they want to organize the work that will be done there in future.

Is there a relationship between staff performance and feelings of satisfaction at the workplace environment?

Stephanie Wackernagel: Absolutely. That’s shown in the results of our “Office Analytics” study (Jurecic, Rief & Stolze, 2018). It’s not just psychologists and industrial designers who are fascinated by how work environments affect people. A stimulating, variable environment has a sustainable, positive effect on health while also supporting people in realizing their personal potential.

The studies you and your colleagues have produced don’t deliver a blueprint for the perfect workspace. Is that because workspaces depend on the specific requirements businesses have?

Stephanie Wackernagel: It’s true that there’s no one-fits-all solution. But we do provide a range of suggestions and ideas. Our studies show that the best work environment is one that reflects the diverse requirements its users have, offers a number of options for staff to work on their own and cooperate with others, in turn supporting health and performance in a sustainable way. But yes, there’s no universal truth here. Every business, every organizational unit, every team and every person has specific requirements.

What are the headline results of your studies?

Stephanie Wackernagel: One important issue looking towadr the future is that open structures foster communication of work-relevant information between employees. The crucial factor isn’t forcing people to communicate more often. It’s about supporting cooperative work in the best possible way. The more diverse the work environment, the more strongly cooperation is practiced across the entire company. Another important factor is personal self-determination. Managers should trust their employees and let them use ways of working best suited to their needs and the task in hand. Another top issue is providing quiet areas people can withdraw to. Multi-faceted work environments include spaces and rooms for short-term rest and recuperation. That’s essential in today’s fast-paced workplace.

Were there questions and hypotheses that led your work on these studies?

Stephanie Wackernagel: Yes, of course, we employed several hypotheses. In the “Effective Office and Work Worlds” study, we wanted to understand on a fundamental level how well various office structures support businesses in attaining their goals, and which work organization factors they influence positively. Our hypothesis was that there are too few areas of refuge and quiet for concentrated work and relaxation. We found this to be true across all office forms, from one-person offices to multi-person offices of various sizes all the way to open-plan spaces.

Why are quiet spaces so important for work environments?

Stephanie Wackernagel: Experiencing privacy – by using spaces you can retreat to – has an immediate effect on our health. We all have a need for protection and security. My colleagues’ “Office Analytics” study showed that open structures have a significant effect on improved information flow between employees. Transparency, both in terms of work organization and the physical work environment, is a decisive factor in ensuring that people know what’s going on in their company. Staff want to know what they have contributed to the company. Open structures can be very helpful here.

But as important as it is to have areas where people can communicate openly, it’s essential to have counterparts. Work environments will always exhibit a tension between working alone and working cooperatively. If the open zones are loud, quiet areas become necessary, and vice-versa. Ideally, an employee can seek out areas in which they can communicate verbally but also ones in which they can focus and dive into a task.

Why do open structures and quiet areas support communication and transparency more effectively than traditional offices?

Stephanie Wackernagel: Sociological studies have shown that there’s a correlation between the distance from one employee to the next – literally, in meters – and the frequency of their interactions. The larger the distance, the fewer the interactions. People who work at opposite ends of a corridor generally won’t have any contact with one another. It’s unlikely that they’ll meet. That destroys a lot of potential for productivity, because communication always involves sounding out a situation for new opportunities. If, on the other hand, a work environment has focal points where people regularly meet in a low-key way, that automatically leads to more communication. Informal coordination becomes spontaneous, short-term and uncomplicated without the need for people to go to a meeting room.

Is Germany a developing country in terms of offering quiet areas of refuge because people still feel as though they have to be seen hammering away at their keyboards, sitting in a meeting room or hunched over sheets of paper with a marker pen?

Stephanie Wackernagel: Generally, workers in Germany are placed in separate rooms far more often than in the USA or Asia. From the middle of the last century, people in the US and many Asian countries were placed in large rooms to work. Then US businesses began introducing medium-height wall elements around the desks. That didn’t happen in Germany, where people were still put in fixed-wall offices housing one or two desks. That history has had a huge impact on what cooperative work is understood to mean in Germany.

Office work developed from production work in the context of industrialization. Today, production workers are still housed in large rooms. In this context, workplace researchers recognized very early that production rates could be maintained if people were able to communicate directly.

In office work, on the other hand, being able to coordinate directly with others was seldom necessary. Areas of responsibility were kept strictly separate and most tasks were processed by one person working alone, perhaps being passed on to colleagues later. Keeping workers separated was useful. But a culture developed in which office staff were expected to work on their own, separated from others.

Do you think this focus on individual working is appropriate today?

Stephanie Wackernagel: No. Today, the average office worker only spends about 50% of their time working on their own tasks. The other half is spent communicating in phone calls, video conferences, informal coordination, planned meetings, creative and project work. The range of demands on staff have become much more diverse. Yet many office workers still find it difficult to find the courage to come out of those protective one-desk rooms. People need to understand that cooperation is supported better in a varied and transparent work environment than in small-scale cell-like structures or open-plan offices.

Open spaces versus quiet areas of refuge where we can be highly focused and productive. Does our working life have to be reduced to those two opposite poles?

Stephanie Wackernagel: No, that would be too reductionist. We don’t need to focus 100% to answer our emails, for example. Working on our own doesn’t automatically mean we’re permanently focused. Many people underestimate the value of access to information that isn’t directly connected to the task at hand for their own overall performance and development. Why do some people like working in cafés or other interaction-rich zones? For their personal productivity it’s often more valuable to pick up information from team colleagues in passing, for example, than having to sit through a whole series of meetings, assuming that they’d be invited to them in the first place. Coordination and communication can also be productive in a non-focused, less directed way. In Germany, we often conflate productivity with opportunities for concentration. But that won’t be the only factor determining work productivity in the future.

In your view, what’s the ideal quiet area to get away from the noise and bustle?

Stephanie Wackernagel: Because they include different types of work, every team has a range of different needs. That means we see a wide variety of different quiet areas and specific facilities. The spaces available to a team should be a good fit for the team and support its members in their tasks as effectively as possible.

I often work on a white wall that gives me a large surface to visualize and think through ideas or concepts and then develop them.

In your study, multi-spaces are emphasized as an important factor for businesses in attaining their goals. Why has this specific office form become so valuable?

Stephanie Wackernagel: There are many reasons. For one thing, multi-space work environments are most strongly focused on the needs of its users. Businesses that decide to adopt this office form seem to analyze the needs of their staff beforehand. An array of diverse rooms and spaces takes different needs and demands into account. Also, multi-space environments are often used democratically and often only weakly reflect hierarchies. Freedom from hierarchies is attractive for potential employees. Staff feel appreciated if they are seen as equals.

Appreciation is closely connected to autonomy and trust. How do multi-space structures support employee autonomy?

Stephanie Wackernagel: Multi-space structures help employees to exploit widened degrees of freedom in their work by offering a diverse range of spaces for the task at hand. In this concept, tasks aren’t worked on in only one place. But expanding the freedoms available to staff often introduces new challenges for leaders. The study “Effective Office and Work Worlds” points to a paradox here. For businesses and leaders, it’s not all that important how tasks are completed as long as they know that employees are at their allocated place of work. Higher degrees of freedom are closely related to performance and feelings of satisfaction at work.

Is the multi-space concept only accessible to companies with large budgets?

Stephanie Wackernagel: No. Our study showed that the size of the company doesn’t matter. Today, we see varied work environments in companies of all sizes. I found that surprising too, but it’s actually evenly spread out. Multi-space structures are relatively easy to realize even for a staff of ten people. If you take the allocated workspaces and add a small meeting room, a creative room and another quiet room, you already have four different areas for a very small number of employees. Even at this scale, we can refer to it as a multi-space office structure.

Why was the “Effective Office and Work Worlds” study carried out in cooperation with designfunktion?

Stephanie Wackernagel: In contrast to many public, science-focused organizations, the majority of the funding going to the Fraunhofer Institute comes from third parties. We focus on applied research with the explicit goal of generating immediate benefit for industry. We can, of course, also receive public funds but we have to reapply for them on a regular basis and it’s not unusual for a year to pass between our grant application and receiving notification if we’ve been awarded one. The processes take a long time. Overall, it’s difficult to get results quickly using public grants, which is why we like working with industry. “Office 21”, for example, is a cooperative project that’s been running for 20 years and is financed by a range of industry partners. As far as designfunktion is concerned, their support meant that we could complete the “Effective Office and Work Worlds” within one year, including analysis and publication of the results. That’s a very compressed schedule for this kind of study.

Designfunktion wasn’t the only sponsor of the study, by the way. Before beginning work on the project, we sat down with all project partners to reflect on the interests of everyone involved and discussed which developments might be relevant for the future. Our autonomy as researchers was completely untouched by that process, and that’s fundamental for carrying out our studies.

Frau Wackernagel, thank you for the interview.

Conclusions and recommendations of the study “Effective Office and Work Worlds” (Haner & Wackernagel, 2018): 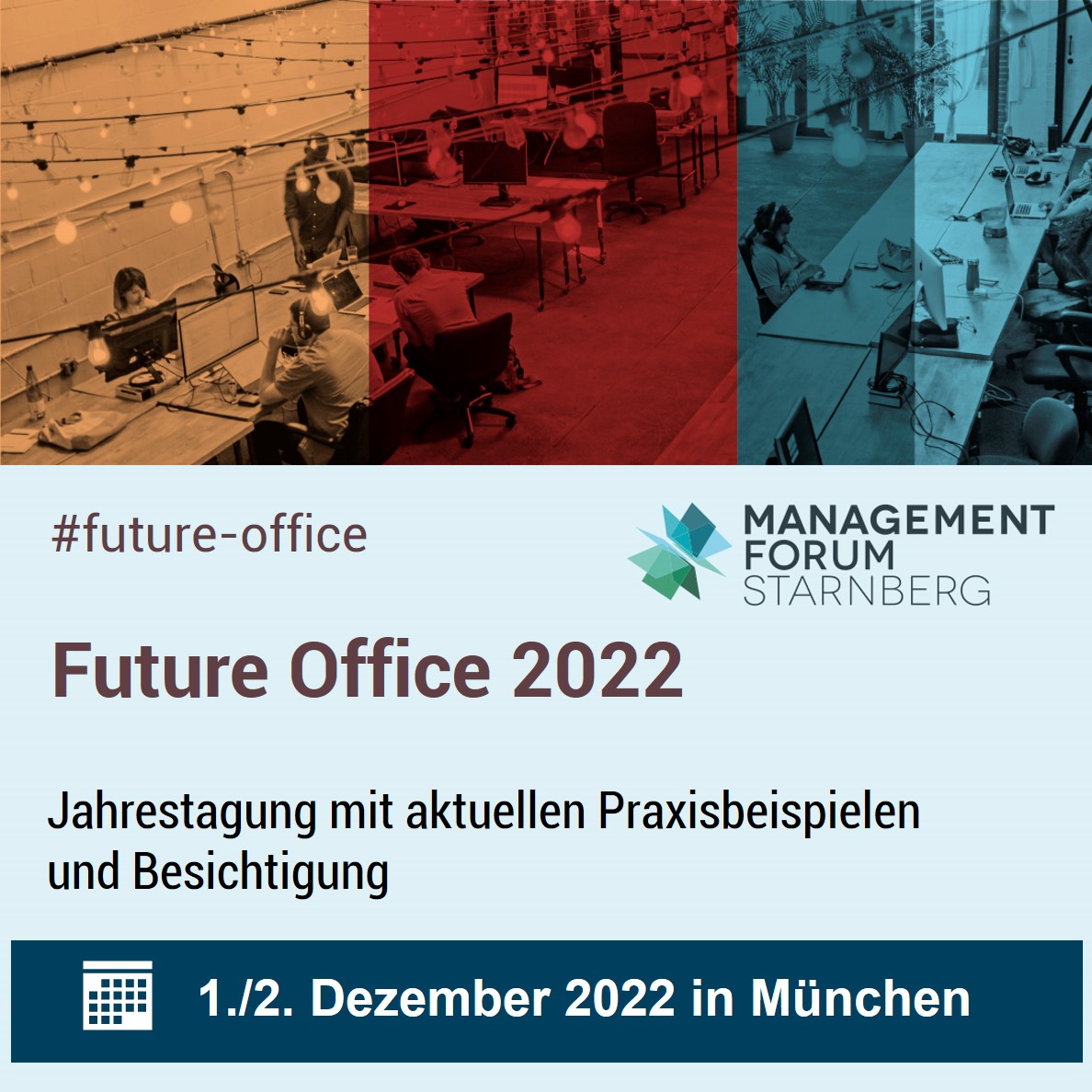 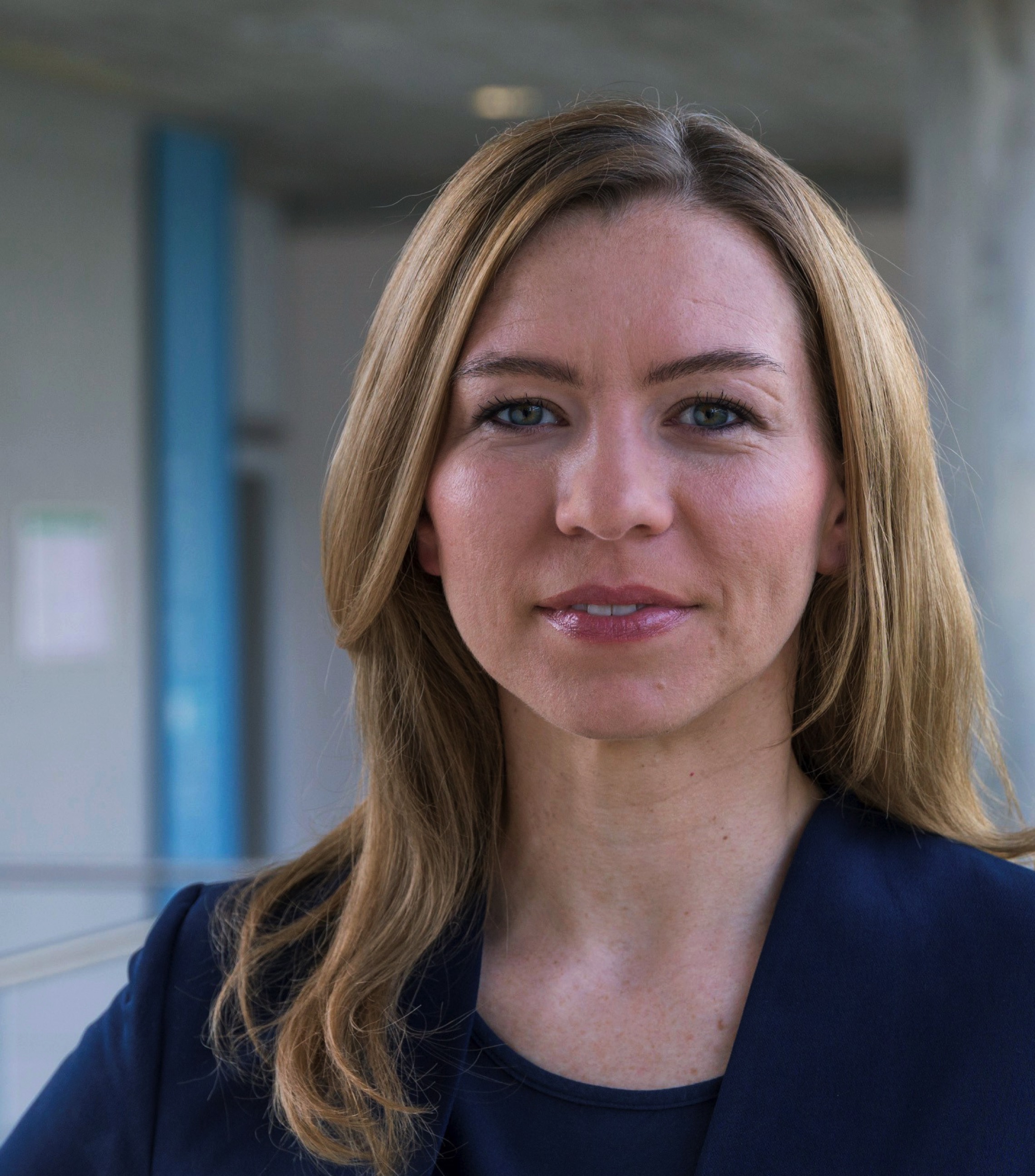 Stephanie Wackernagel is a psychologist and industrial designer and project leader at Fraunhofer IAO.