Not only do office plants have health benefits, they also heighten our sense of well-being and lead to higher productivity. A Nasa study found that some plants make us healthier, more resilient and happier, and promptly began introducing plants to space stations in orbit. It’s time for us to follow that lead. The greener our workplace, the better for us.

Not all academic studies are equally reliable. It can be useful to check who commissioned a particular study.

A few years ago, Swiss researchers found that people wearing bespoke tailored shoes felt “more balanced” than those who buy their bartwear in the shoe shop around the corner. Commissioned by the “Foot and Shoe Association”, the research showed that the world would be a more “peaceful” and “friendly” place if more people wore hand-measured and sewn-welted shoes than glued, off-the-shelf product.

Let’s put it another way. Suppose you hear that the productivity of a 34-year-old office worker who eats a T-bone steak and a pound of mincemeat every day was 26% higher than that of his twin brother – who only ate kale and carrots – in the office next door. The chances that this statistic was published by the Meat Vendors Association and not the All-Green Vegan Alliance is higher than 26%.

That means that when the “Society of American Florists” claims that flowers and plants raise people’s mood, facilitate memory and make them more empathic and optimistic yet also less anxious, we shouldn’t be too surprised.

But several independent studies published since support those findings and offer a more precise analysis from the data of the original study.

The upshot is that there seems to be good reasons for us to make our offices greener places to work. Placing the right plants in our workplace not only makes them nicer to look at but can have benefits for our health. One they do this is by countering the so-called Sick Building Syndrome. This is a group of symptoms that people report when they have spent too long in a building that has very dry air. According to health and safety guidelines, air humidity should be at least 40%, and levels up to 60% are recommended. But these levels are way above those seen in most offices. Most of us must deal with air humidity levels of only 18 to 25 percent. While we might not mind that much during the summer, things can get uncomfortable when temperatures drop and the heating comes on.

Plants can raise humidity in a room by up to 25%, an effect that makes us not only feel better but can also aid concentration and prevent drowsiness. Photosynthesis not only reduces the concentration of CO2 in closed rooms but also removes a range of unhealthy substances from the air.

Greenery can also improve the acoustics of a room. The greener the office, the shorter the echo time of sounds around the room. That can make a significant difference, both in meeting rooms and open spaces.

According to work carried out at Surrey University in the UK, plants also reduce stress. Two test groups were given a range of complex tasks in two different spaces. One office had no plants, the other plenty of greenery. The results were unambiguous. Not only were pulse, blood pressure and electrical skin resistance for the second group significantly lower than those working in the office without plants, but their test results were also better. Washington State University also published data showing that plants make us 10% more attentive and increase productivity by the same figure.

Which plants are best suited to office environments? Spider plants are a great choice for large, open-plan spaces with little sunlight. Requiring little care and flourishing on high shelves or in hanging pots, spider plants have become popular in offices everywhere.

The scent of the lemon balm plant is often described as refreshing. This variety can be give a much-needed boost to gray, dreary environments. It’s like taking a course of aromatherapy at your desk.

Hardy and with robust growth, philodendron is an excellent absorber of various carbon-based molecules and organic compounds that can cause headaches, tiredness or inflammation of the airways.

Although it requires more care, many find the peace lily visually more attractive. It’s also highly effective in improving workplace air quality. In return it needs to be adequately watered, provided with a generously-sized pot and have its soil loosened up every few days.

Another of plant in the Araceae family is the hunter’s robe, or money plant. This plant excels at absorbing indoor pollutants, reducing them by 73% according to the Nasa study. In contrast to the peace lily, the hunter’s robe is less demanding of its owner, making it a great choice for office workers who don’t have much experience with gardening.

Placing the right plants around the office can make its human inhabitants healthier, happier and more productive. 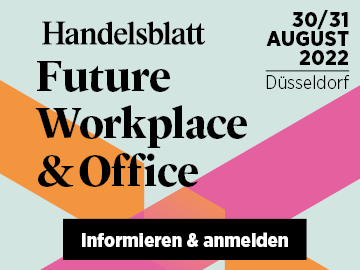